Women working in California receive payments from 41 cents to 80s cents for every dollar paid to Caucasian men. Total losses are calculated to reach more than $87 billion a year for women in the state. California has had the Equal Pay Act since 1949, but a few amendments were made recently to the act in remarkable ways.

What does the Equal Pay Act say?

The new Equal Pay Act forbids employers from paying any employee wage rates less than those paid to a different sex or race for substantially similar work.

What does “substantially similar work” mean?

“Substantially similar work” means work consistently similar in effort, skill, responsibility, and working conditions. Effort is defined as the physical and mental factors used while performing the job, while skill is concerned with the experience, ability, education, and training required to perform the job. Responsibility relates to accountability. Working conditions are interpreted as physical surroundings.

“Substantially similar work” considers conditions and tasks and not job titles. So, an employee can claim a violation of the Equal Pay Act even when the job titles are different.

How to know if you are being paid less than your coworkers?

The Fair Pay Act is clear when allowing employees to talk to one other about their wages, as well as to other employers. This includes a prohibition to retaliate against an employee for exercising her/his right to ask for information about employees’ salaries. Nonetheless, the law doesn’t require anyone to discuss their pay.

When to file a claim?

A claim must be filed within two years from the date of the violation. Each paycheck that shows proof of unequal pay can be considered a violation for the purpose of calculating the deadline for filing.

According to Cal. Labor Code § 1199.5. the employers that violate the Fair Pay Act and pay employees differently based on gender/race can be subject to fines.

If you believe you are being paid unfairly due to your gender or you would like more information about your legal rights, contact Proxy Law Firm today.

proxy_law
What is a non-exempt employee? 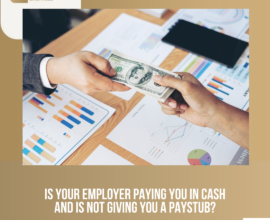 Is your employer paying you in cash and is not giving you a paystub? If the answer is yes, this is a red flag! 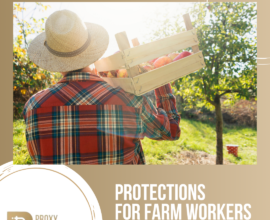 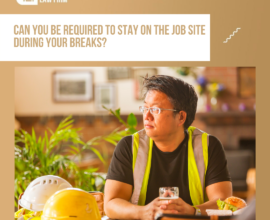 Should You Stay On The Job Site During Your Breaks?